Insights and Reflections from Our First Year in APAC

On year after our launch in APAC, our Director of Sales Japan, Dai Yoshida, shares his growth experiences, successes, and market insights from the first year of Remerge in Japan…

Just twelve months ago, I closed a sixteen-year chapter of working for a Japanese media agency to join Remerge and build its presence in Japan. From cafe-hopping to landing our first large clients, the year with Remerge Japan has been such an exciting ride. If you asked me a few years ago where I see myself headed, I would never have thought that in early 2018, I’d be rocking the mic at Remerge’s anniversary party.

I focused on bringing a solid global ad tech product to the Japanese market. Then I met Ben, one of the five Remerge co-founders, on his visit to Japan and South Korea. After some talks, I found myself reselling Remerge’s technology for the Asian clients and soon after playing a part in Remerge’s expansion in APAC. The relationship we had established was the biggest thing that convinced me to join Remerge. 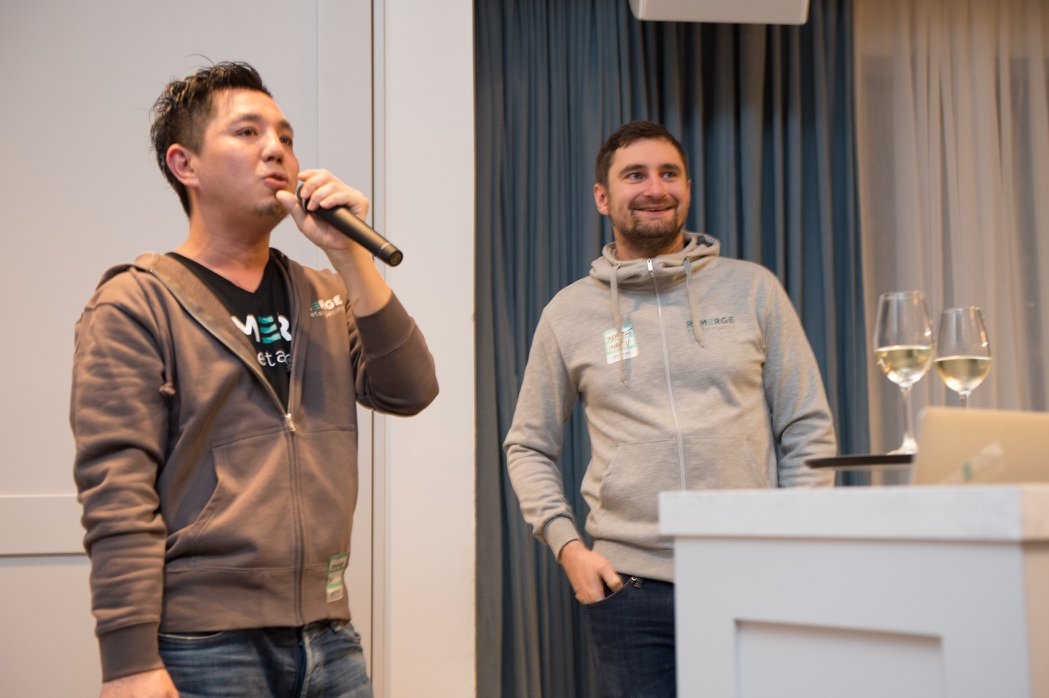 A photo of me co-hosting our Anniversary party with CTO Martin Karlsch.

Opening the Japanese office was even more exciting than I expected. In the first three months, our Director of Account Management APAC, Maud (who had moved to Tokyo all the way from Berlin) and I were hopping from cafe-to-cafe between meetings and finding an office space.

Thankfully, Remerge was received quite positively despite our lack of an office space. I still remember renting a car and driving to IKEA to get office furniture, and other things. Who would’ve known I’d be building IKEA tables? But hey, it was fun. It was our space.

Today we have a close-knit team of five based in Tokyo. I believe our hiring in Japan was a success. Some of the major challenges we faced - and still are facing - are the differences in business cultures between the Western and Asian markets alongside the language barriers. Industry-wise, we’re challenging ourselves to grow the general retargeting knowledge within the market, as well as raising awareness on Remerge’s brand.

We have a famous expression in Japan – 本音と建前 (pronounced honne to tatamae), which perfectly depicts the main difference of our business culture. The saying describes the divergence between one’s expressions and real desires. Unlike Westerners, most Japanese people don’t initially reveal their motivations. Business is not just business here, but also personal relationships - so grabbing food and drinks with clients and/or partners becomes part of my profession.

The biggest achievement of Remerge Japan

I still remember the time we landed our third client - a very well-known music streaming service - the Nordic kind (No, I can’t tell you who!). We like to celebrate even everyday successes here in our team, but when you quickly outperform a competitor campaign and become the No.1 retargeting solution for their Japanese market, it’s big.

In terms of overall growth, we’ve learned a lot about running continuous campaigns with our larger clients in Japan, ironing out communication and cultural difference, and reporting our progress and successes.

The differences between the Japanese and American app market

You’ll find countless articles on the web on how Twitter does specifically well in Japan, and how it hopes to replicate this success in other markets. Japan is the only country where the monthly active users figure is larger than that of Facebook’s. Whether it’s our language density (we can convey more within 140 characters), our ever-growing 107 million mobile users in Japan, or the ability to express ourselves without having much of a profile connected, Twitter will work well for those who want to expand their business in Japan.

Snapchat’s interface is highly tailored to its American or western users. The more colorful and the cuter, the better for Japan - but not Bitmojis, sorry.

Tinder, Bumble, and other dating apps may have evolved into verbs and have become social norms, but tindering in Japan is still a big no-go. We’re a bit more traditional here, and tend to judge dating app users quite harshly, so it will take some time before dating apps become normalised in Japan.

We’ve only just begun, but we’re excited to develop and educate the Japanese market more about App Retargeting and its many benefits. Get in touch, or stay in touch. We’re happy to talk.